Farewell to our Senior Management 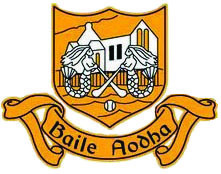 We’d like to let club members know that unfortunately our Senior Management team of the past 3 seasons, Kevin Sheehan, Barry Coffey, Mike O’Neill (jnr) and John Griffin have decided to call it a day and will be stepping away from their roles for the coming season. The lads had a huge impact when they came on board in 2018, bringing our second Senior Championship to the club and giving us a most memorable day against Ballygunner in Munster competition. They’ve maintained a consistently high standard of training and preparation in everything they did and were very unlucky not to make the final again this year. They leave the group in a very competitive position having continued to deepen the panel during their time. We’d like to thank them for their huge commitment and loyalty to the club and hope to see them all involved with the club again in some way in the future. Go raibh míle maith agaibh!

The Ballyea/Clondegad lotto jackpot is currently €2,800....

A very warm welocme back

We would like to extend a very warm welcome to new and e...

The Ballyea/Clondegad lotto jackpot is currently €2,600....

BALLYEA GAA U6 HURLING TRAINING IS RESUMING ON FRIDAY A...