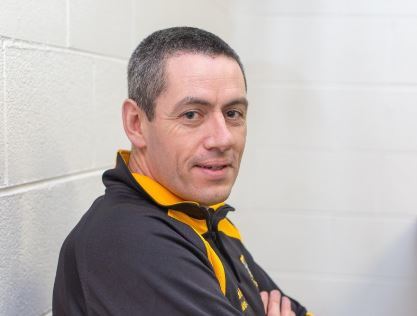 Published: about 5 years ago

FERGAL HEGARTY is the new manager of Ballyea after agreeing to step up from his previous position as team coach.

The Clare and Munster club champions required a new manager following Robbie Hogan’s decision last weekend to step down after five years in the position.

But in a hugely welcome development, the highly-popular Hegarty is willing to provide the continuity desired by the club by agreeing to succeed Hogan in the hot chair as well as continuing to coach the team which he did with such distinction throughout the past season which only concluded 12 days ago with an All Ireland final appearance in Croke Park.

Hegarty, a two-time All Ireland winner with Clare as a player, is now in the process of assembling his backroom team. Several other members of Hogan’s outgoing management team have indicated that, like Hogan, they too will be unlikely to give the necessary commitment for the upcoming season, but it is expected that Hegarty should have at least one of his fellow selectors from last season on board as well as a couple of new faces.

Best of luck to Ballyea’s Kieran McDonnell &amp; the enti...

Congratulations to Ballyea’s Fiona Breen who has been awa...

Just a reminder that ONLY PAID MEMBERS can apply for tick...

Congratulations to Tony Kelly who is now Clare‘s top all ...